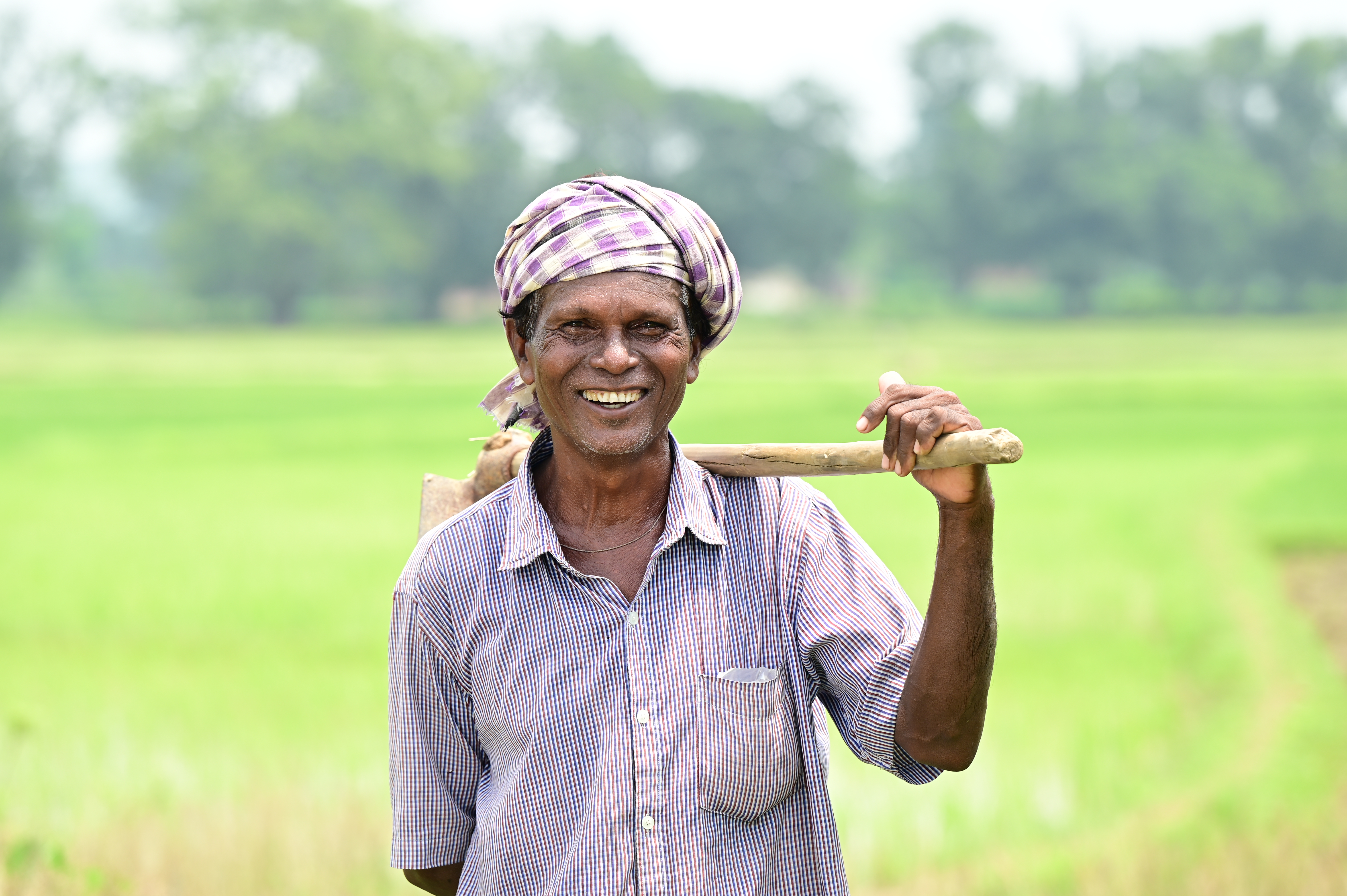 Until a few years ago, it was almost inconceivable for Narsingh Naik of Saletikra village to cultivate paddy on his two acres of land in the arid hilly tracts of Lephripara block in Sundargarh district.

Naik and other farmers in the area had to primarily depend on rainfall which led to unpredictable yield. However, the scene has changed after the implementation of Lift Irrigation Projects by the Sundargarh District Administration.

These days, Naik’s land and those of others no longer sports a parched look, even during dry seasons. Thanks to the Lift Irrigation projects, developed by Odisha Lift Irrigation Corporation (OLIC), with the support of District Mineral Foundation DMF, farmers in the district are no longer dependent on seasonal rainfall.

The farmers of the region are now growing multiple crops annually which has augmented their livelihoods. Along with paddy, the farmers are growing vegetables and other cash crops which have enhanced their income and brought smiles on their faces.

“I couldn’t even grow paddy due to unavailability of water. However, I am growing various vegetable, apart from paddy, on my land after the Lift Irrigation project came up on Ichha River in our area,” says Narsingh Naik.

Naik’s wife Meena lends him a helping hand in growing variety of vegetables, like pointed gourd, egg plant, bitter gourd and papaya, on their land. Apart from meeting the needs of his family, the proceeds from the sale of the yield is helping the family to earn handsomely.

The irrigation facility has enabled them to plant banana on a patch of 70 decimals for which the Odisha Mineral Bearing Areas Development Corporation (OMBADC) has provided financial support. So far, Naik has earned over Rs 1.5 lakh from the sale of banana which has not only improved his living but also takes care of his college going daughters’ study.

Naik’s story finds echo in many farmers in the district who are reaping the benefits of the Lift Irrigation projects by growing multiple crops like paddy, pulses and vegetables on their land, which lay barren some years ago. This has resulted in their financial empowerment.

A network of perennial rivers like Brahmani, Koel, Sankha and Ichha flow through the tribal dominated Sundargarh district, dotted by dense forests and hills. Moreover, canals from streams at Khandadhar, Jarda, Kharapani and Lauda run across the district. The District Administration has facilitated construction of 8,485 Lift Irrigation projects to use water from these natural sources to irrigate farmlands.

Of those, 1,293 are Community Lift Irrigation Projects while 7,141 are Deep Bore Wells. Moreover, there are 51 Minor Lift Irrigation projects on various rivers. These projects irrigate over 66,724 Hectares of farmland, benefitting more than 45,000 farmers in the district. “These projects have been playing an important role in supplementing the irrigation facility in the district thus increasing farmers’ income”, articulates Girish Chandra Behera, the Executive Engineer of OLIC Sundargarh Division.

Promoting community based management of water resources, a total of 1,293 ‘Pani Panchayats’ have been formed in the district. The Pani Panchayats are thus delegated the responsibility of managing such Lift Irrigation projects upon completion.

“Due to improved irrigation facility, I am cultivating egg plant and chilli. So far, I have earned around Rs 20,000-30,000 from the yield. In addition, the banana plantation is also expected to give me good returns,” says another farmer of the district Prafulla Raxa.

Water is an important resource for farming and farmers’ livelihood. Thus, the state government is focusing on Lift Irrigation facility exploring various rivers and streams. The Lift Irrigation projects in Sundargarh have brought smiles on the faces of farmers.

Sundargarh to Cultivate Millets in 12 Blocks from FY 2022-23