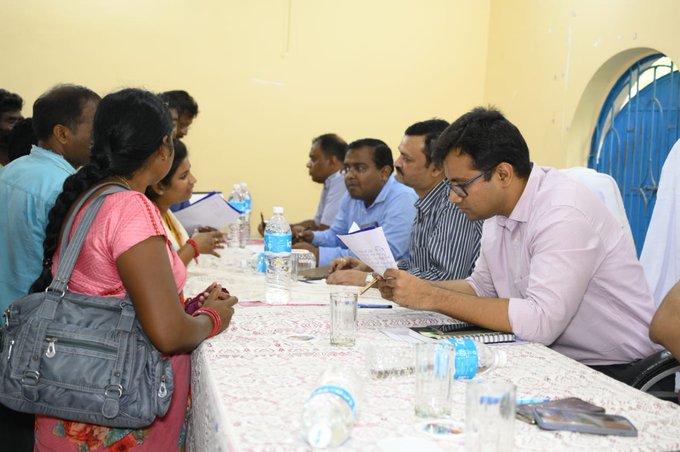 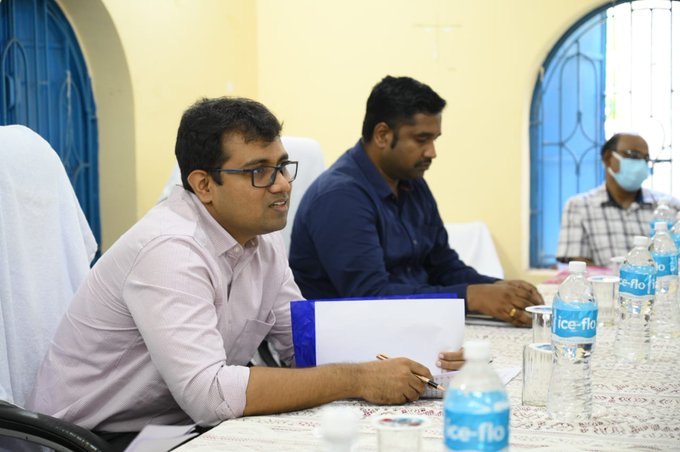 The Sundargarh District administration conducted a joint hearing of public grievances at Lahunipara block on Monday. District Collector Dr Parag H. Gavali who was present at the programme gave a patient hearing to the issues and appeals of people who had come from various Gram Panchayats of the block and issued the necessary directions for their quick redressal.

People from 17 Panchayats of Lahunipara block participated in the public hearing with their list of grievances. A total of 98 complaints pertaining to a range of issues were received during the programme. Of those, 11 were resolved on the spot while the Collector issued directions to the concerned officials for the redressal of the remaining grievances at the earliest.

Member of Parliament from Sundargarh, Jual Oram, who attended the public hearing programme, proposed the District Administration for the construction of a bypass road from Kaleiposh to Rajamunda.

On the occasion, three meritorious students from Bonai sub-division who have secured A-Grade in the recently announced Matriculation results were felicitated by the district administration.